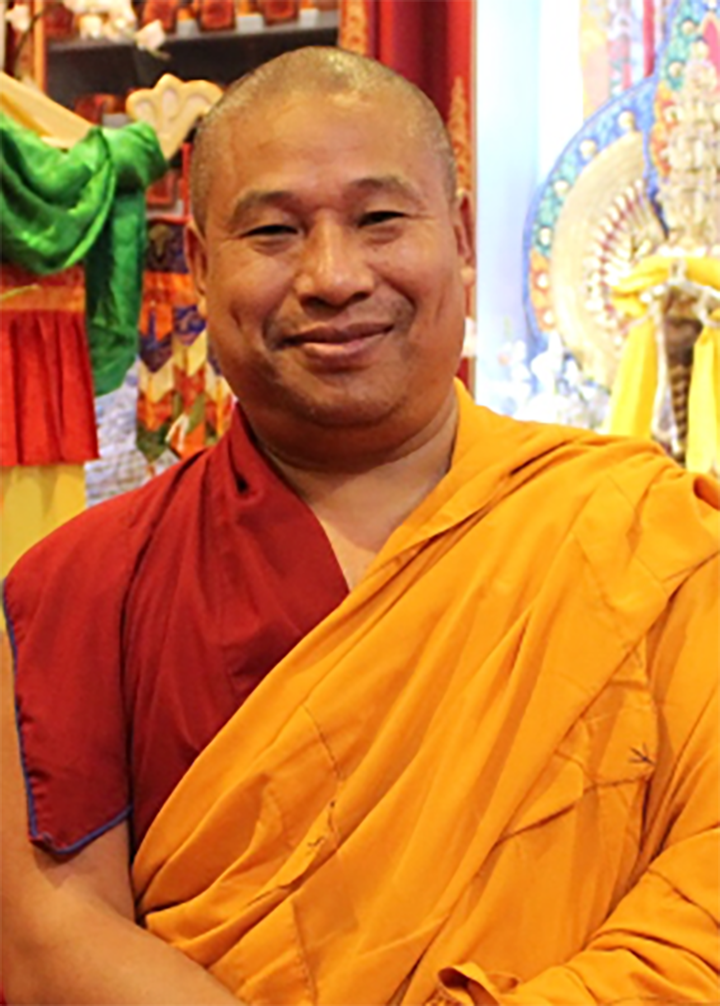 Venerable Geshe Phuntsho, teacher and translator, was born in 1966 in Thimphu, Bhutan. Receiving blessings and teachings from many great masters, he entered the monastic life at the age of 20 at Tashi Cho Dzong (Central Monastery of Bhutan) and was ordained by the great Master H.H. Je Khen Rinpoche Tenzin Lhendup of the Drukpa Kagyu Tradition. From there, Venerable Lama Phuntsho went to Dodedra Shedra, a Buddhist Learning Institute to begin his Basic Buddhist Philosophical and religious studies under the guidance of the Great Master Lopon Samten Dorjee.

Geshe Phuntsho also actively served the monastery in many areas including the library and the construction of the main prayer hall of Phukhang Khangsten (one of the houses of Gaden Shartse).  He traveled with H.E. Khensur Rinpoche Jampa Yeshe serving as a translator to countries like Switzerland, Malaysia and Singapore. He was also sent as translator at Sakyamuni Dharma Centre in Malaysia working along with its resident teacher, Geshe Konchok Tashi, a renowned Dharma teacher from Gaden Shartse Monastery, India.

Geshe Phuntsho also worked tirelessly as a main organizer, translator, teacher, healer, administrator for the “Sacred Earth and Healing Arts of Tibet” tour starting in the year 2000 and intermittently throughout the years finishing in 2015.  He led a team of eight lamas traveling to more than 80 cities in the U.S. promoting the cultural tour. In 2017, he was appointed to be Managing Director to Gaden Shartse Thubten Dhargye Ling Center here in Long Beach, CA and has continuously served its resident teacher, staff, and students.