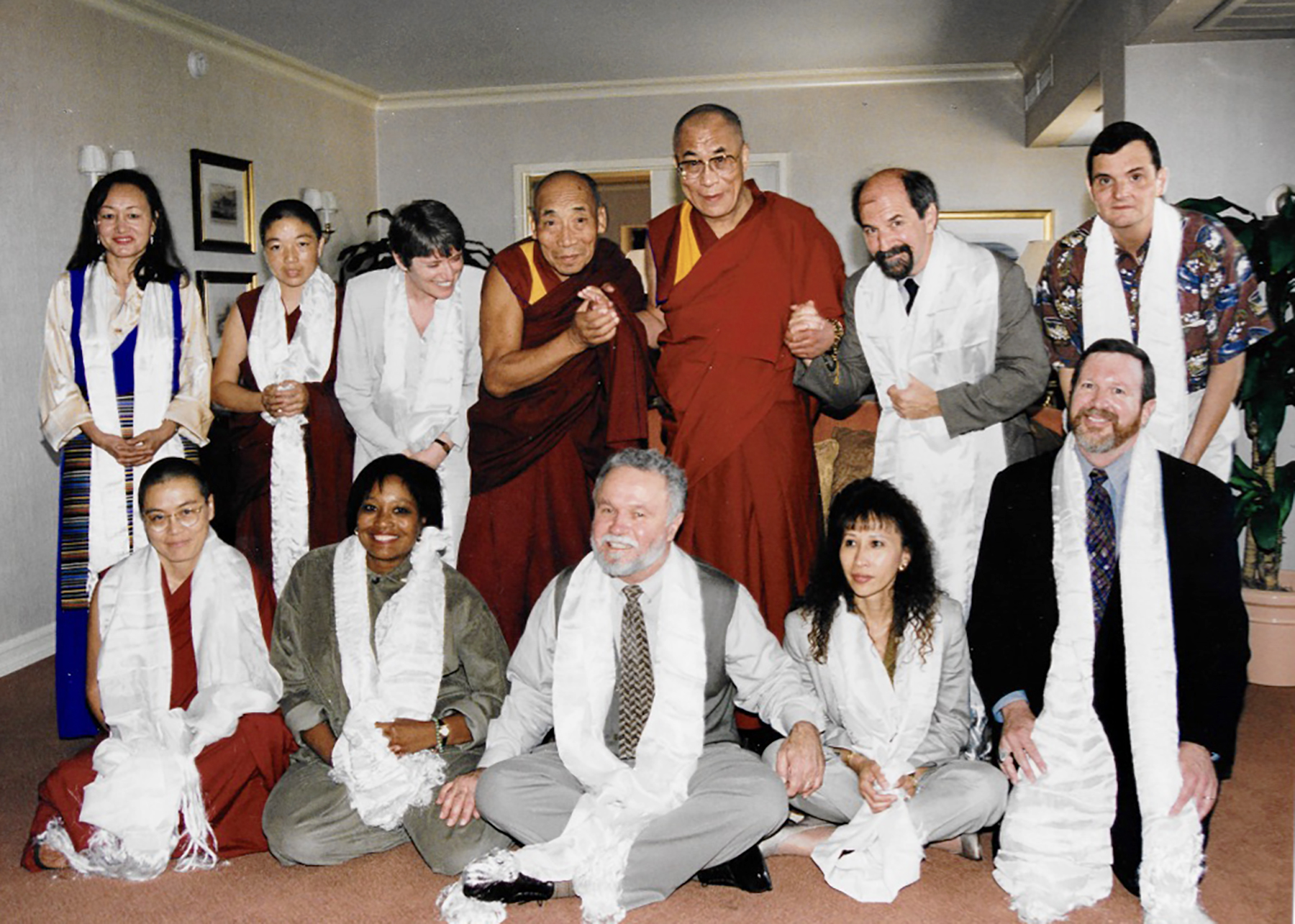 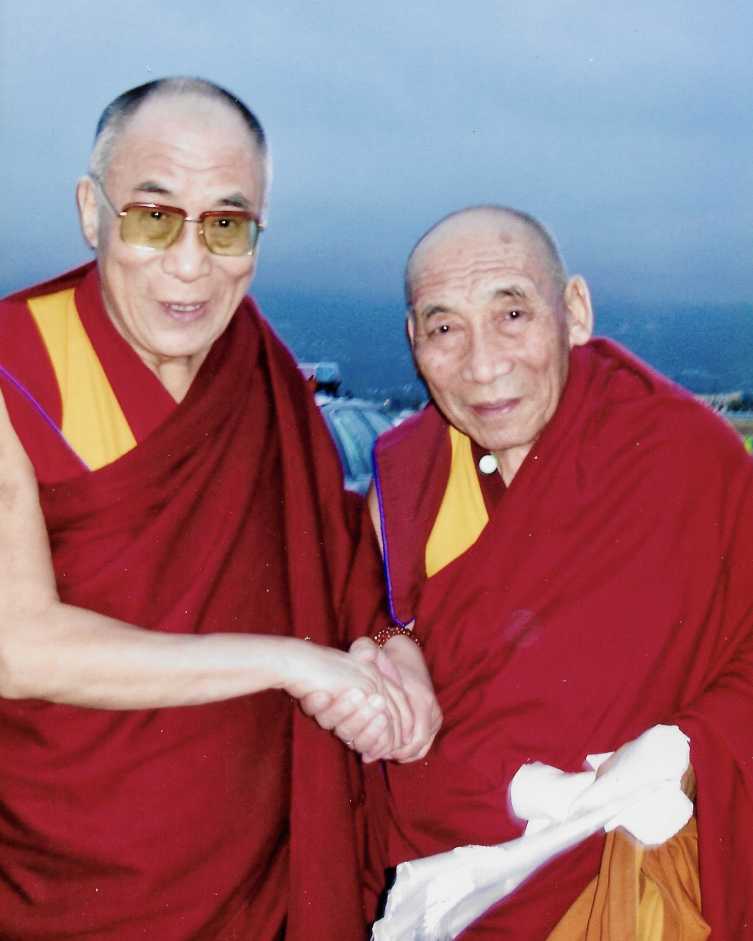 Gaden Shartse Thubten Dhargye Ling, a center for the study of Buddhism and Tibetan culture,  was founded in Los Angeles in 1978 by the late Venerable Geshe Tsultim Gyeltsen. Since being named “Land of Flourishing Dharma” by His Holiness the Dalai Lama, the center’s mission has been to share with the world the precious teachings of the Buddha Dharma, and to extend assistance to exiled Tibetan monastic communities in India.

Establishing a vibrant urban dharma center requires diligence and patience, and GSTDL was housed in several locations throughout Los Angeles before settling in its current address in the Belmont Heights neighborhood of Long Beach in 1996. Throughout the years, what has been most constant is the clear vision and quiet determination of its humble founder, whose purpose was to share the Dharma as both lived tradition and personal experience.

For three decades, GSTDL has maintained a consistent and rigorous teaching schedule, with Geshela focusing on the major works of Nagarjuna, Shantideva, Atisha, Je Tsong Khapa, and the Kadampa masters. Known for his great personal warmth, Geshela held a very traditional and uncompromising approach in teaching essential Lam Rim (Stages of the Path) and lo-jong (mind training) texts. Geshela also invited eminent masters His Holiness the Dalai Lama, the late Kyabje Zong Rinpoche, and the late Kyabje Lati Rinpoche, to confer major and minor empowerments of deities such as Yamantaka, Vajrayogini, Vajrasattva, and Cittamani Tara, and to grant commentaries.

Furthermore, Geshela worked tirelessly for many years to sustain a close connection between his center and his beloved personal monastery, Gaden Shartse. Since 1989, GSTDL has helped to host and sponsor the Gaden Shartse monks’ U.S. tours, and Geshela himself traveled to south India numerous times to extend his support to his alma mater. It was natural then that Geshela expressed the wish to have Gaden Shartse provide spiritual and administrative guidance to the center after his passing. This transition has culminated in Thubten Dhargye Ling adding Gaden Shartse to its name. GSTDL is now under the spiritual directorship of the Abbot of Gaden Shartse, currently Geshe Jangchup Sangye.

In continuing with the traditions that Ven. Geshe Gyeltsen had established, GSTDL presently holds weekly teachings, meditation sessions, bimonthly Tsog commitments, monthly one-day Mahayana precepts, and occasional retreats and prayer services. GSTDL also observes major Buddhist and Tibetan holidays. Some teachings have been recorded, transcribed, and published into books available for free distribution. A bookstore supplies students with copies of root texts and commentaries while video archiving are underway to be established on this website. Live webcasts continue today through our Facebook page every Sunday. We invite you to visit the center, listen online, and benefit from the legacy of our precious gurus.

A Center for the Study of Buddhism and Tibetan Culture. Founded in 1978 by the late Ven. Geshe Tsultim Gyeltsen, it has been a source of authentic Dharma instruction rooted in the Gelugpa lineage from Gaden Shartse Monastery and Nagarjuna, Asanga, Atisha, Lama Tsong Khapa, and the Dalai Lamas.