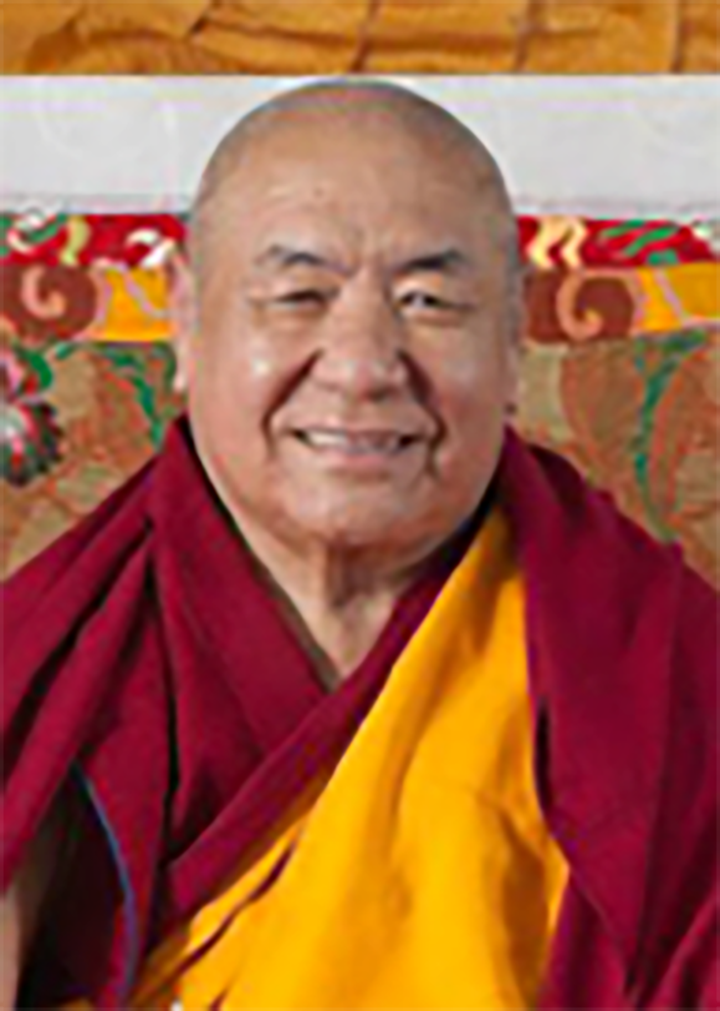 Khensur Rinpoche Dakpa Tenzin: Khensur Rinpoche, current teacher at Gaden Shartse Thubten Dhargye Ling, was born in 1938 in Kham, Tibet. He is the youngest of his parents' eight children. In 1956 he joined the Gaden Shartse Monastery. He joined thousands of other Tibetans in 1959 in fleeing to India. Rinpoche continued his education with the monks from Gaden Shartse, first in Buxar in North India, and starting in 1969 in Mundgod when Gaden Shartse Monastery was re-established in South India. Rinpoche excelled in his studies and earned the prestigious Lharampa Geshe degree in 1990. Rinpoche then studied Tantra at the Gyuto Monastery in Dharamsala and graduated from that program in 1996.

Khensur Rinpoche taught Lama Tsongkhapa’s Lam Rim Chen Mo during his time at GSTDL. Many students enjoyed the high quality teaching that he presented.  He went back to monastery in 2015.